The Boom Shaka website was born in September of 1995. At that time there were fewer than 20,000 web sites in the entire world. Today there are over 2 billion websites.

When the BoomShaka.com website was born, most of us didn’t have a cell phone or an Internet connection. If you were connected to the Internet, it was with a 14.4k or 28.8k dial-up modem. There was no such thing as Google (it was 3 years away), Facebook (9 years), Twitter (11 years), or Instagram (15 years). The first iPod wouldn’t be sold for 6 years, and we were 12 years away from the first iPhone.

So not only was BoomShaka.com the world’s first Reggae site, it was one of the first websites, period. Here are the different looks the site has had over the years. 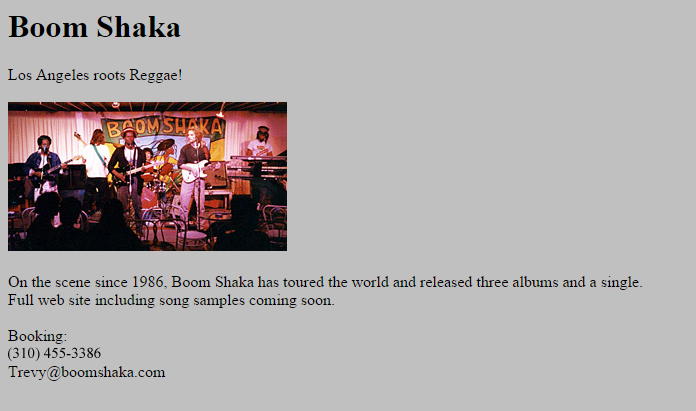 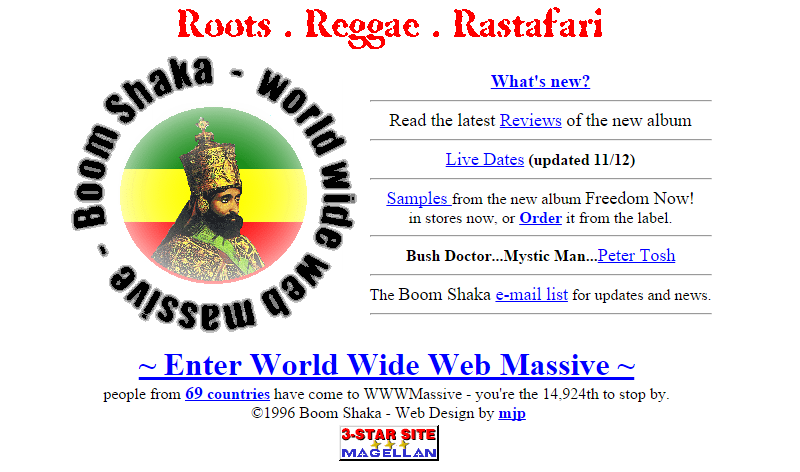 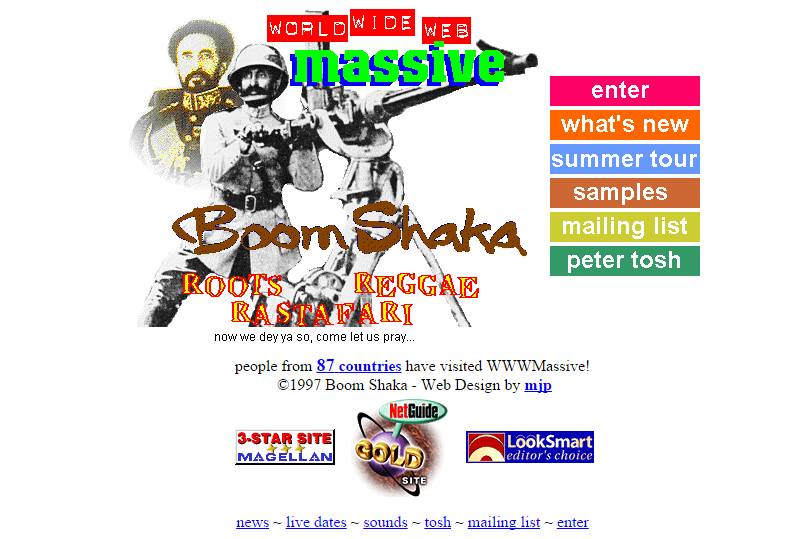 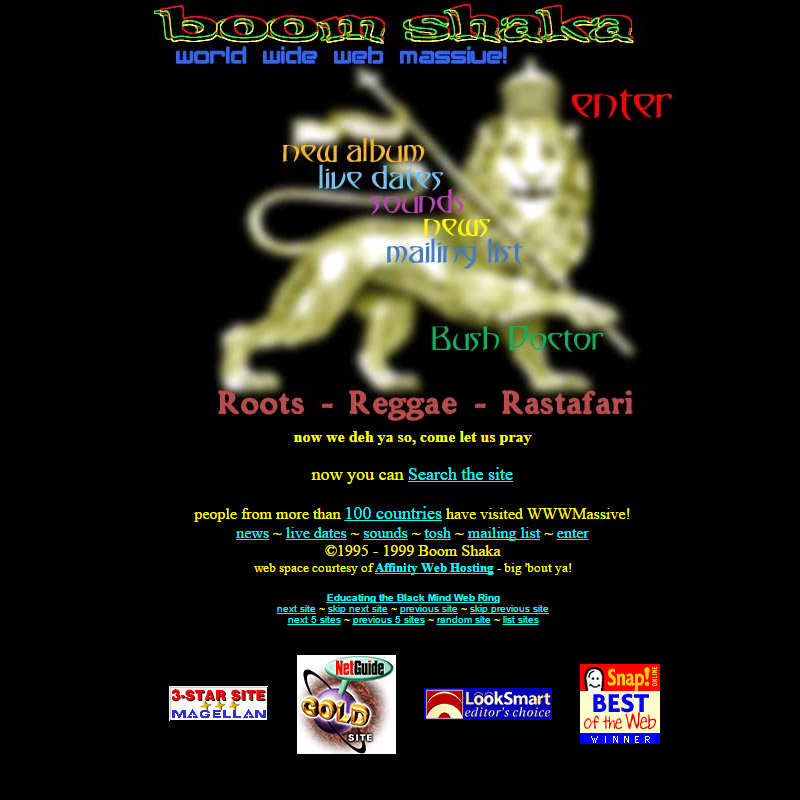 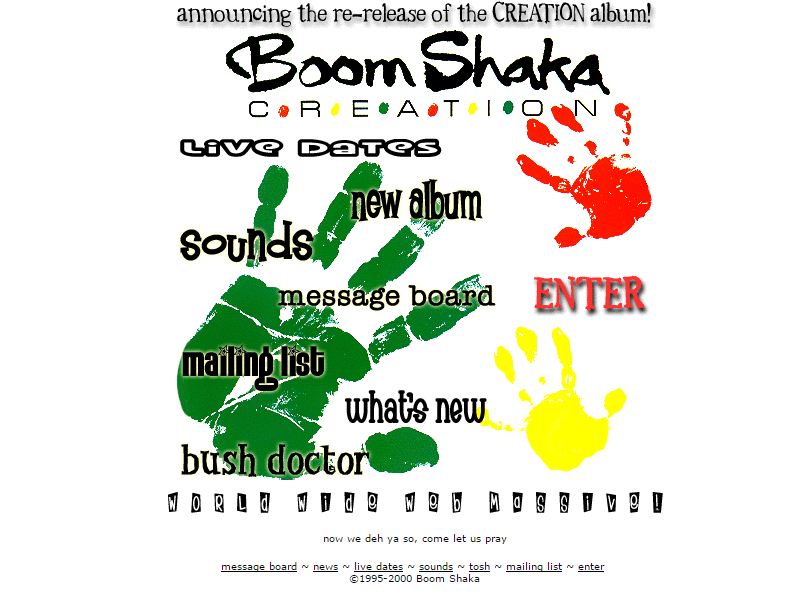 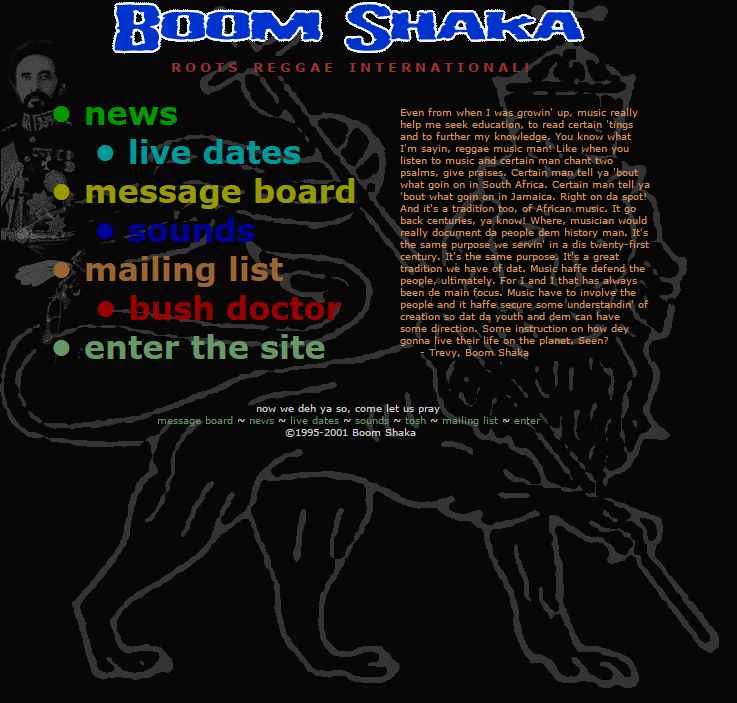 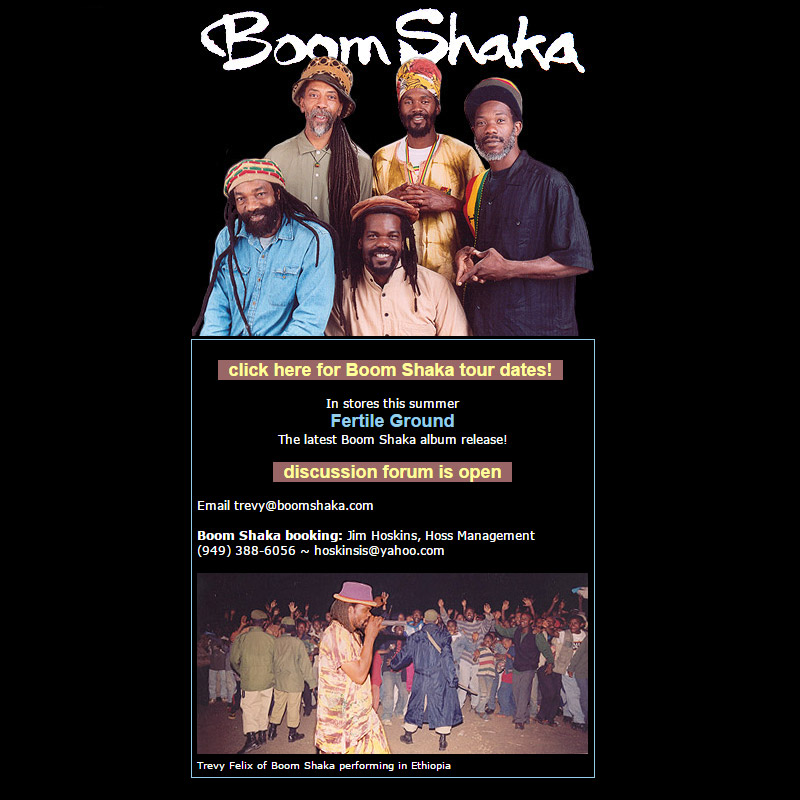